Through this process of thematic transposition, exterior/interior harmony was achieved, which enabled a coherent renovation of the old in tune with today’s requirements. In other words, the interior was given a natural ambience blended – and blending – in the whole building, thus overcoming unnatural or too obvious solutions in a context that, in our judgment, could not harbour any of them.

Within this conceptual framework, all small topics and findings of pre-existing elements were explored to enable the re-discovery of details and their blending in new surroundings. For example, the windscreen design and details on the doors, that were reproduced in various others contexts; the recourse to old ceiling candelabra and chandeliers; the duplication of the design found on the cement balustrade of an old flight of stairs outside, on the main staircase; the enhancement of the beauty and variety of the original windows, underscored by total (curtain less) exposure; the restoration of mirrors to revive the former ambience of the main ballroom; the re-use of parquet floors and naked wood in some decorative details.

And the list of other examples could go on and on, assert the fact that almost nothing was created from the start, but rather re-invented to impart the feeling of a universe that has always existed. In the specific case of Clube Militar, it may be stated that a modernist or technicist option was rejected in favour of a romantic approach, toward which we were lead by the Club’s charismatic tradition, the weight of its memory and significance of its future continuation. It was not intended to reinstate the past, but rather to recall it in the present. 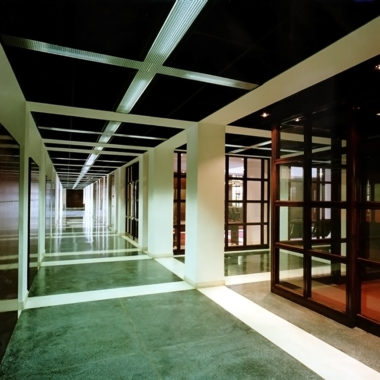 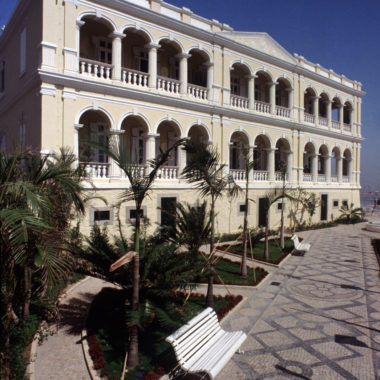 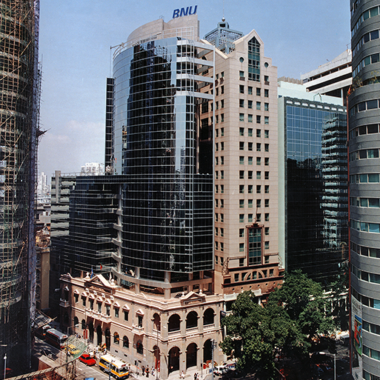